If you’re one of those people who have “too much month left over at the end of the money”, I’m sure you realise this already. You know you’re not in control of your money, and you know you need to change. But you don’t know what to change, and how.

You might have even tried budgeting or savings programs in the past. But if you don’t understand cash flow, these programs don’t usually work. It’s difficult to stay motivated because you might be scrimping, saving, and counting every dollar, but you just don’t seem to be getting ahead.

That’s why it’s so important to understand why cash flow matters. To explain this, I’ll describe the cash flow patterns of the poor, middle class, and wealthy. Robert Kiyosaki brought this idea to millions of people through his book The Cashflow Quadrant. In his book, he describes cash flow in terms of accounting concepts like assets, liabilities, and balance sheets. It’s a very comprehensive book, and I highly recommend it if you’re really interested in understanding cash flow in detail. I use a simpler model, which I will explain here, using “money pits” and “money trees”.

Cash Flow of the Poor

First, let’s look at how cash flows in the lives of the “poor”.

I’m not talking about people living below the official poverty line, and I’m not making any judgement about “poor” people.

Instead, I’m using the label “poor” to describe people who own very little, and what little they do own doesn’t have much value — for example:

Again, keep in mind that I’m not judging them. Some of these choices are positive and healthy (for example, using public transport to reduce the environmental cost). However, their cash flow gives them limited financial choice. Their cash flow pattern is simple: They earn money, spend it all on living expenses, and have nothing left over until their next pay day — and then the cycle starts again.

Their job is their only source of income, so they feel compelled to work for as long as possible. When they retire, their income stops and they have to rely on government support (and perhaps a small superannuation).

Cash Flow of the Middle Class

The middle class earn more than the poor, so they have money left over after paying for their essentials. They use that money to buy more things, but they are often things that keep costing them money. In other words, they create “money pits”.

A money pit is something you own that costs you money

You have already paid for it, and you have to keep paying for it.

Here are some examples of money pits and their costs:

Notice that even your home is a money pit! It might be an asset on your net worth statement, but it can severely dent your cash flow.

Their cash goes first to expenses, and then into their money pits. Either way, it’s not working for their future. As with the poor, their job is their only source of income. Even if it’s a well-paid job, as soon as they stop working their income disappears. They might have more in superannuation than the poor, but when they retire, they will be disappointed by how little they can do with the money they have saved after many decades of work.

Cash Flow of the Wealthy

The wealthy might not earn any more than the middle class (and sometimes might even earn less). They might also have money pits of their own — such as a large house, a fancy car, a holiday home, and credit cards with higher limits. However, the wealthy also use their cash to create “money trees”, which generate money in their own right. Unlike the money pits, which cost money, the money trees make money. So, yes — money does grow on trees!

A money tree is something you own that makes you money.

For example, an investment property is a money tree because it generates rental income; your home is not because it doesn’t generate any income. Similarly, shares that return regular dividends are a money tree because they create more cash for you. The poor and middle class don’t have any money trees. Their only source of income is their job, so they have to keep working and working, knowing that when they stop, their money stops as well.

The secret that the wealthy know and use is to first put money into growing their money trees, and only then spend money on other things. That’s how they create wealth even if they aren’t earning any more than anybody else.

Eventually, the money trees will be generating so much income they can retire. You put money into both money pits and money trees. However, the wealthy will happily “water a money tree”, knowing it is an investment that will reap long-term rewards.

Which cash flow pattern applies to you now — the poor, the middle class, or the wealthy? Be honest with yourself! This is one of the most important principles to understand in order to secure your financial future. If you’re not following the cash flow pattern of the wealthy, it’s time to start.

Of course, you can’t wave a magic wand and instantly have a garden full of money trees! Growing your money trees takes time, and the first step is to understand your current cash flow. If you don’t know where your money goes now, you won’t know how to change your cash flow. By knowing your spending habits and your motivations to spend, you can make better choices. These choices will help you free up money to use toward your money trees.

By analysing your current cash flow pattern, you will get a clear picture of where your money goes and how you can control the money flow. In brief, you identify all your income sources and expenses over a year, and calculate a monthly average.

You can download this as a worksheet Cash Flow Analysis in the Online Resource Centrethat supplements my book, “Finding Financial Freedom”. This is available free to you as a reader. Make sure to buy your copy now.

*This was first published on www.traceysofra.com.au 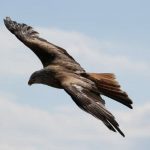 Master Your Own Destiny - Know Your Cashflowblog 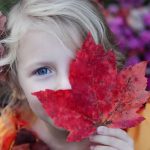